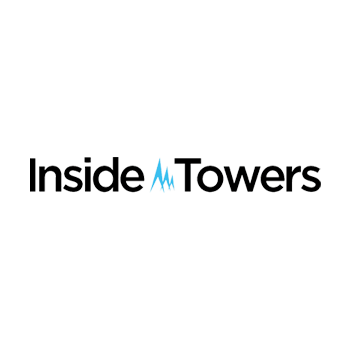 Anyone who has survived, struggled, and eventually thrived in the wireless infrastructure field for over 20 years is bound to see some changes. Carolyn Hardwick, Vice President and General Manager of Engineering at Squan, is certainly no exception to that rule. Launching her career in telecommunications with Airgate PCS (Sprint) in 2000, she holds a Bachelor of Science degree in Management from Clemson University, and completed the Master of Arts in Teaching program in 2005 at the College of Charleston.

In addition to her corporate role, Hardwick currently serves as President of the Women’s Wireless Leadership Forum (WWLF), an association founded to foster the development of women in the world of telecom.

“I entered telecom during a time when there were very few women in leadership and executive roles,” Hardwick told Inside Towers. “During my 20-year tenure, not only have I seen more women enter the industry, but females are taking advantage of opportunities to receive additional training for future openings.”

With groups like the WWLF offering educational webinars, mentoring, and regional IMPACT meetings to aid members in their career growth, she feels women are stepping forward with the intention to map careers towards management roles.

“A few years ago, the buzzword “diversity” brought an awareness that, although there were thousands of women entering industries such as engineering and communications, few were on a trajectory which resulted in management or C-level positions,” Hardwick said. “One of the most important steps to take is to let your manager and human resources team know of your intention to learn, train, and be willing to shoulder additional tasks.”

For the last ten years, Hardwick has primarily focused on business development and account management. Since she began her tenure with Squan in August 2019, she worked closely with the Engineering division, supporting their clients and projects on an extremely focused level. When Squan’s Chief Executive Officer, Duane Albro, approached her about transitioning into the Engineering Vice President and General Manager position, she pondered whether she could assume this new type of role of managing clients, the Engineering project team, and all of the details associated with running the national division.

“After discussions with our executive team,” Hardwick said, “I knew that I was ready to assume the challenge and the opportunity. Within one quarter of the position, our team has achieved milestones not previously recorded, and there is tremendous collaboration amongst our team.”

Her advice to women in the telecom field is to make sure that they are not hindered by their own insecurities. “If we want to succeed and move upward, then we must take the first steps with confidence, not hesitation,” she said